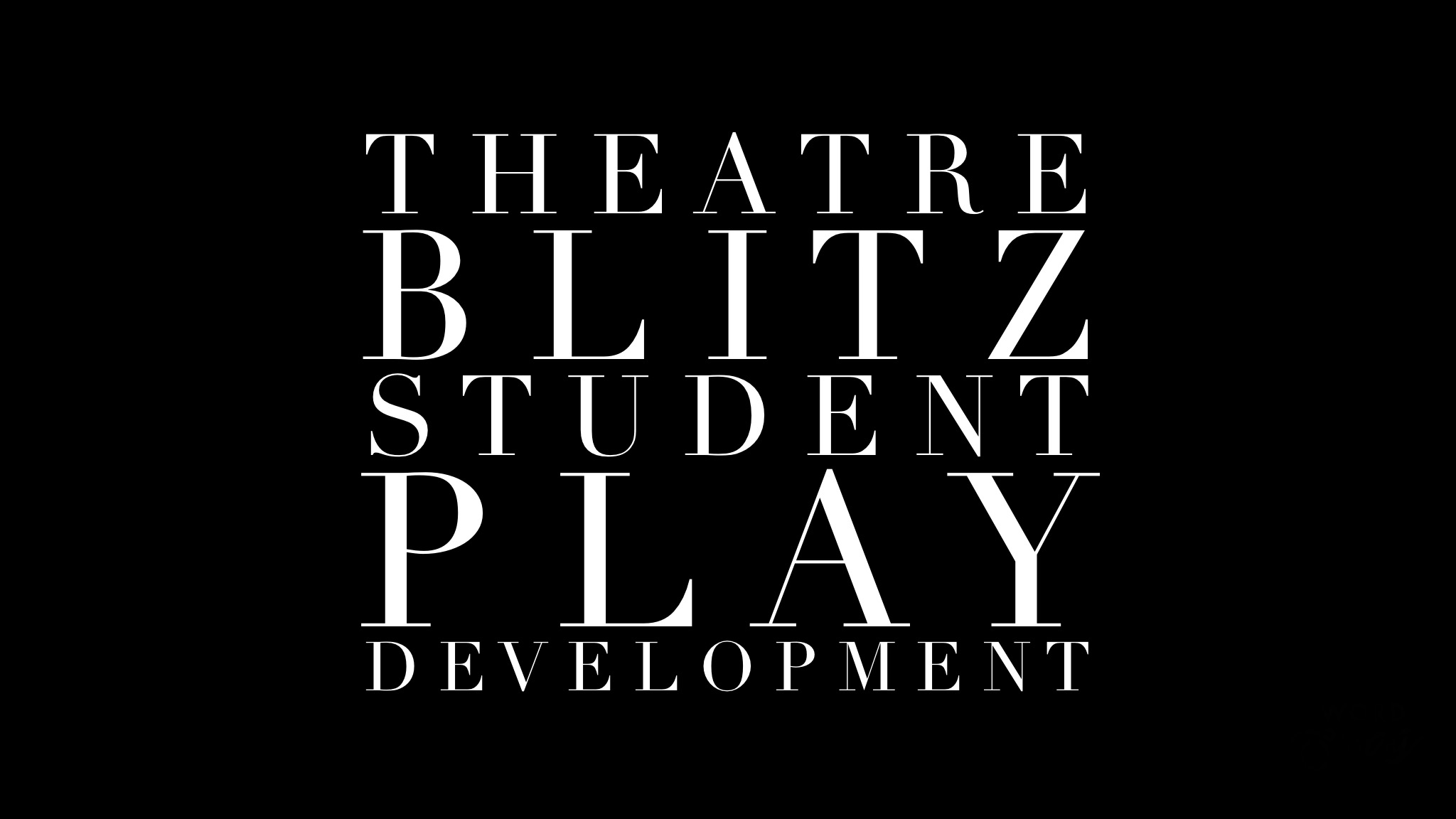 Theatre Blitz is an annual event designed to foster the work of Victoria School’s student playwrights. Over the years it has taken a variety of different forms, but at its core Theatre Blitz focuses on partnering students with professional playwrights to provide guidance on the writing process and feedback on their work. Theatre Blitz culminates in a staged reading of the student plays - allowing the playwrights to hear their words from the mouths of actors.

This year, 4 student playwrights were selected to be part of the process. Each student was paired with a playwright mentor and, over the course of three months, the students wrote, edited, and wrote some more! In May the plays were handed over to the Q4 Acting 25 students. The actors recorded a ‘rough draft’ staged reading that allowed the playwrights to hear their text aloud for the first time. After a final round of rewrites, the actors recorded the videos you see today.

What is a staged reading?

A staged reading is a rehearsed presentation of a new script. Scripts at this stage are growing into fuller form and are ready for first audience impressions. The primary purpose of a staged reading is for a playwright to hear their work from actual actors (as opposed to reading it to themselves!). Actors are not off-book for a staged reading, and some (or all) of the stage directions are read aloud in order to allow the audience to picture the action. Staged readings do not involve costume, props or staging.

Ellen is an Edmonton-based playwright, producer, performer and arts educator. She is the current Festival Director of Nextfest, Edmonton’s annual emerging arts festival. As a playwright, Ellen has had her plays produced all over Canada. In 2006, Ellen founded Promise Productions, an independent theatre for young audiences company that has produced plays in theatres, libraries, gymnasiums and under a bridge in the Edmonton river valley. For Promise Ellen has written over 25 new plays for children and teens including the Sterling nominated “The Fairy Catcher’s Companion,” “Princess Confidential” and “Birdie on the Wrong Bus” and the multiple Sterling award winning “Murielle” which she co- created and co-produced with Blarney Productions.

Beth is a playwright and an actor. She was born in Antigonish, Nova Scotia, grew up in Cochrane, Alberta, and now lives in Edmonton. She was a finalist for the Governor General’s Literary Award for Drama in 2015 for her play The Gravitational Pull of Bernice Trimble. She co--wrote The Drowning Girls with Daniela Vlaskalic and Charlie Tomlinson. Beth is a graduate of the University of Alberta’s BFA acting program, where she is currently the Lee Playwright in Residence.

Josh Languedoc is an Anishinaabe playwright, theatre creator, and educator currently living in Amiskwaciywaskahigan and is a proud member of Saugeen First Nation. For the past 2 years, Josh has been touring his acclaimed solo show Rocko and Nakota: Tales From the Land across Canada. Other projects include: The Eyes Of Spirits (Dreamspeakers), CIVIL BLOOD: A Treaty Story (Thou Art Here Theatre), Feast (Tiny Bear Jaws) and IN-COR-RI-GI-BLE: The Legend of Thundervoice (Blyth Festival). Josh is currently a candidate at the University of Alberta’s MFA Theatre Practices program focusing on Indigenous playwriting. As an educator, Josh has taught theatre, acting, improvisation, and playwriting at the Citadel Theatre, Artstrek, and all throughout Edmonton Public Schools. Josh is currently the Youth Education and Outreach Coordinator for Workshop West Playwrights Theatre.

Jana O’Connor is a Canadian performer, producer, improviser, voice actor, and writer. She is nationally known as a core cast member/writer for CBC Radio’s long-running sketch comedy series, The Irrelevant Show, and as a writer and core cast member on season five of APTN’s sketch comedy series Caution: May Contain Nuts. As a playwright, Jana has had multiple productions of her work in Canada, with a special focus on comedy and theatre for young audiences.

Donate to Our Program

The Covid pandemic has forced us to be creative in how we offer our programs and provide opportunities like Theatre Blitzfor our students. Typically, the proceeds from season ticket sales go toward funding our Arts Season. If you would like to support our programs, a donation would be greatly appreciated.